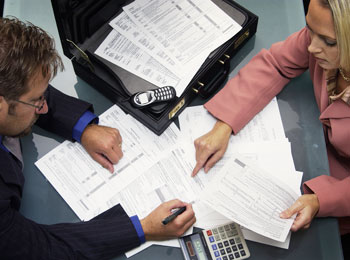 Jobs Rated Score: 80.00
Income: $94,209
Growth Outlook : 25.09
Tonya B. Manning says she’s “never met an actuary who…didn’t love what they do.” Job satisfaction contributes to the No. 1 ranking of actuary in 2015. So, too, does the career’s positive hiring outlook and high average pay.
The anticipated demand for actuaries is due in part to the implementation of the Affordable Care Act. 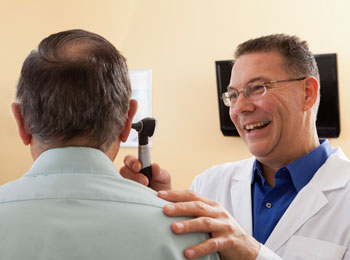 Growth Outlook : 33.33
An aging population and more access to preventive healthcare fuel an expected boom for hiring of audiologists. The field has one of the highest outlooks of all careers tracked in the 2015 Jobs Rated Report.
Audiologists provide an invaluable service that benefits young and old alike. 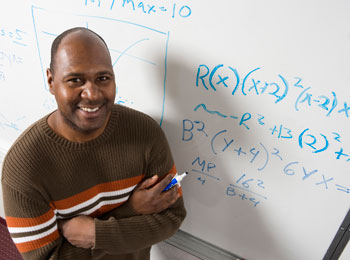 Income: $102,182
Growth Outlook : 25.91
Mathematicians have their choice of career opportunities open to them. A professional mathematician can work in technology, business or academia.
That versatility lends itself to a job seeker’s market, and the result is a high average annual salary. 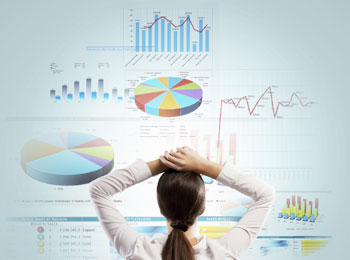 Income: $79,191
Growth Outlook : 25.91
Statistical analysis is a skill of growing importance in the global economic landscape. Talented statistician will have no shortage of opportunities in the coming years, regardless of chosen sector. 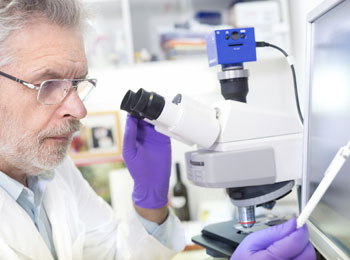 Jobs Rated Score: 117.00
Income: $89,165
Growth Outlook : 26.65
A field that is only beginning to scratch the surface of its potential, biomedical engineers will play a significant role in merging healthcare and technological advancements in the coming years. 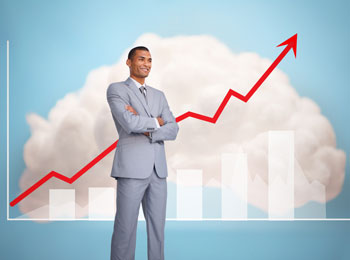 Jobs Rated Score: 121.00
Income: $124,149
Growth Outlook : 14.97
Businesses and other organizations have more data than ever before at their disposal. Analyzing and making use of all this information requires uniquely skilled data scientists capable of breaking down raw numbers into easily digested information. 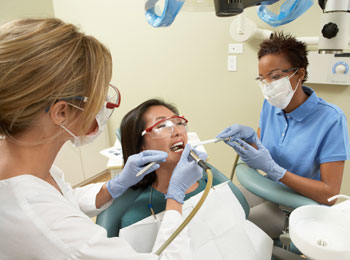 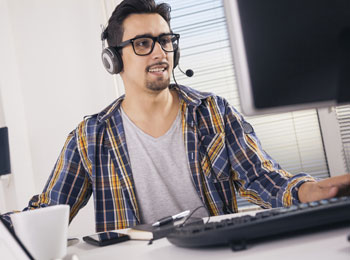 Jobs Rated Score: 129.00
Income: $93,113
Growth Outlook : 21.13
Software engineers are part of the foundation of virtually all sectors in today’s economy. From something as small as a smartphone, to something as massive as a telecommunicative network, software engineers have direct impact on our day-to-day lives.
As a result, wages are very competitive for software engineers, and the industries in which they can work are varied. 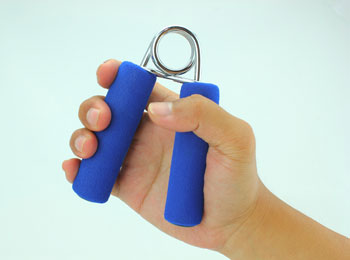 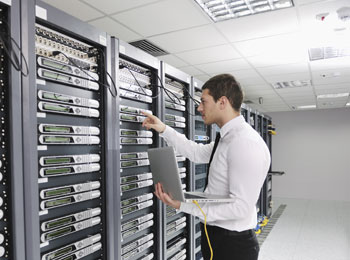 Jobs Rated Score: 135.00
Income : $81,150
Growth Outlook : 23.50
The proliferation of information technology, particularly cloud-based technology, means more organizations and businesses must hire computer systems analysts in the coming years.
The job market for computer systems analysts should be lucrative, as those particularly adept at improving productivity will have their choice of opportunities in any number of sectors.

Jobs Rated Score: 737.00
Income: $36,267
Growth Outlook : -13.33
Readership has steadily moved from print publications, whether they be newspapers or magazines, in favor of online outlets. The resulting decline in advertising revenue has left newspapers — and thus, newspaper reporters — feeling the pinch.
Previous full-time newspaper reporters, like former Virginia Pilot scribe Nora Firestone, have found their skills translate into fields with more promising, long-term outlooks such as public relations.
“I think that some of the best PR/media-relations and content writers are former journalists/reporters,” she says. “We know how to find the gold in a person, company, situation or event.”

The Worst Jobs of 2015: No. 199 Lumberjack (Ξυλοκόπος)
Jobs Rated Score: 716.00
Income: $34,110
Growth Outlook : -13.00
Lumberjack is a dangerous job in which those employed in the field work in relative isolation.
What’s more, volatility in marketplaces completely beyond the logging industry’s control impact the hiring of lumberjacks. Employment is tied to need in construction and publishing, two sectors that suffered significant declines in the last 5-10 years.
Technological advancements designed to make a lumberjack’s work safer have also contributed to slowing in hiring.

he Worst Jobs of 2015: No. 198 Enlisted Military Personnel (Στην Ελλάδα οι θέσεις στο Στρατό είναι περιζήτητες!)
Jobs Rated Score: 687.00
Income: $44,283
Growth Outlook : 1.83
As one commenter wrote in response to the 2014 Jobs Rated report, enlistment “is not for everybody.”
Enlisting in a branch of the U.S. Armed Forces requires resolve and dedication far beyond that asked in most careers. Becoming enlisted military personnel means facing danger and high stress.

Indeed, working as a cook is hot figuratively from the high stress of meeting patrons’ demands quickly, and literally. Of course, it can also be cool — trips to the icy storage freezer are sometimes the only break a cook gets from the sweltering heat of the kitchen.
No wonder Gordon Ramsay is so high-strung.

The Worst Jobs of 2015: No. 196 Broadcaster (Παρουσιαστής)
Jobs Rated Score: 658.00
Income: $29,347
Growth Outlook : -1.53
A competitive marketplace has been made only more so in recent years, with outlets opting for syndicated broadcast content.
For those who are able to find full-time work in broadcasting, success requires a high threshold for stress.

The Worst Jobs of 2015: No. 195 Photojournalist (Φωτορεπόρτερ)
Jobs Rated Score: 656.00
Income: $29,267
Growth Outlook : 1.67
Photojournalists seeking an iconic image that will live on in American history are thrust into potentially hazardous situations. That’s a trade-off for landing a career as a photojournalist.
The profession faces many of the same challenges as newspaper reporters, thanks to the decline of print outlets. Meanwhile, online publications contract out to syndicating services rather than hire full-time photojournalists.

The Worst Jobs of 2015: No. 194 Corrections Officer (Σωφρονιστικοί υπάλληλοι)
Jobs Rated Score: 642.00
Income: $39,163
Growth Outlook : 4.63
The inherent danger of working in a correction facility makes corrections officer an especially stressful career. Add the relatively low pay, and corrections officer ranks as one of the worst jobs of 2015.

The Worst Jobs of 2015: No. 193 Taxi Driver (Οδηγός Ταξί )
Jobs Rated Score: 638.00
Income: $23,118
Growth Outlook : 13.18
Taxi drivers face high-stress situations, dealing with customers who can be rude, intoxicated or downright violent. Pay is low, averaging in the lower $20,000s annually.
Were that not enough, taxi drivers face an increasingly competitive market with the advent of for-hire driver services like Uber.

Jobs Rated Score: 636.00
Income: $45,264
Growth Outlook : 8.64
Firefighters fulfill a vital role in society, protecting property and lives. It’s a career that takes a particularly steely individual, as evidenced by its rank as the most stressful jobs of 2015.

In fact, of all careers tracked in the 2015 Jobs Rated Report, mail carrier has the worst 10-year growth outlook. 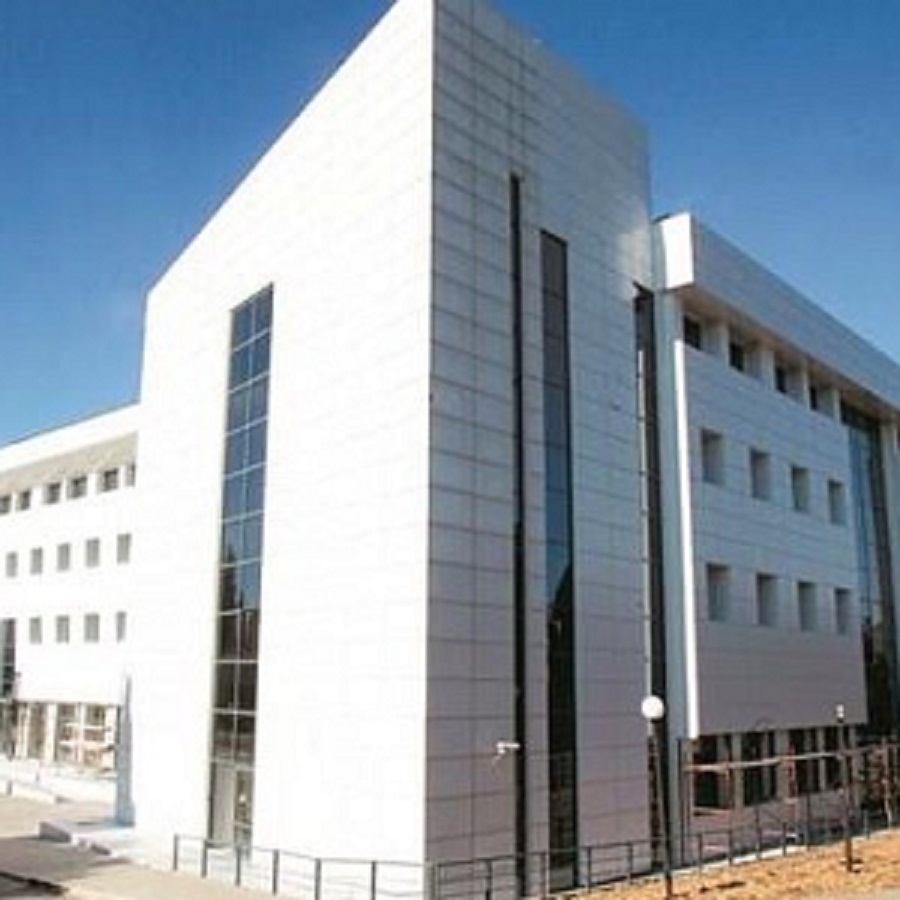